How Venture Capitalists Made Bet on Drugmaker Teneobio Pay Off

Investment in the startup has led to a series of profitable deals, including one with AstraZeneca worthnearly $1.27 billion.

Venture-capital backers of Teneobio Inc. have parlayed their bet on the biotechnology startup into a series of acquisition deals, illustrating the creativity some investors are using to wring profits from the sector.

Typically, venture capitalists and entrepreneurs sell a biotech startup, and all its drugs, to a single buyer. In Teneobio’s case they have sold parts of the business to three drugmakers, so far, in a bid to capture maximum value from each of 10 compounds the company developed with its technology.

Teneobio spun three compounds not included in the Amgen sale into new entities. Last week,AstraZenecaPLC said it would buy one of them, called TeneoTwo, which holds a potential lymphoma drug, agreeing to pay $100 million cash and nearly $1.17 billion in success-based payments.

Two remaining drugs, an inflammatory-disease treatment and a possible hepatitis B cure, sit in two other entities, TeneoFour and TeneoTen. These could also be sold. If they are, they will generate further profits for Lightspeed Venture Partners and Sutter.

Hill Ventures, which invested in Teneobio’s only venture-capital round, a $30 million financing closed in 2016.

Teneobio’s unusual model may be especially appealing now that the public markets are largely closed to startups, but it is complex and doesn’t work in all instances, investors and entrepreneurs said. 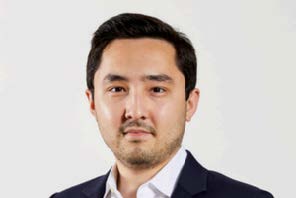 “This is not a simple structure,” said Galym Imanbayev, a partner with Lightspeed, which said Tuesday that it had secured more than $7 billion across a series of new funds. “You have to have a clear reasoning for why this will work and why it’s worth the effort.”

Teneobio, using its technology for producing novel antibody drug candidates, swiftly developed a portfolio of compounds, five of which have entered clinical trials, saidRoland Buelow,who was chief executive of Teneobio and now is CEO of Ancora Biotech, a company formed to provide services, such as clinical-development capabilities, to the three spinouts from Teneobio.

Teneobio’s prolific drug discovery created opportunity but also a challenge. Biotechs are typically valued chiefly on their lead drug when they are acquired and receive little credit for earlier-stage programs, Dr. Buelow said.

The greatest jump in the value of an experimental drug occurs when it moves from the preclinical stage to early clinical development, he said. Because Teneobio had the capabilities to advance products into clinical trials, the company saw an opportunity to strike high-value deals with acquirers interested in specific drug programs.

For example, Amgen acquired Teneobio for $900 million cash, plus up to $1.6 billion in success-based payments. The acquisition netted a clinical-stage prostate cancer drug and several preclinical cancer treatments, plus Teneobio’s antibody-development technologies.

Innovation is occurring in biotech business models as well as in biotech science, said Ben Buelow, Dr. Buelow’s son, who was chief medical officer of Teneobio and has the same role at Ancora. This model made sense for Teneobio because it was able to generate a large portfolio of drugs that wouldn’t all be equally valuable to the same buyer, he said.

One biotech that went through a similar evolution is IFM Therapeutics Inc., which raised a $27 million Series A round led by Atlas Venture and Abingworth in 2016 and was acquired the following year by drugmakerBristol-Myers Squibb Co., which obtained two of IFM’s immuno-oncology programs through the deal.

IFM Therapeutics LLC formed following that sale to advance other programs not included in the deal through a series of subsidiaries, including IFM Tre, which launched in 2018 and was acquired by pharmaceutical companyNovartis AGin 2019.

Some biotech companies have pursued a hub-and-spoke business model from the start. Roivant Sciences,which launched in 2014 and went public in 2021, has established subsidiaries it calls vants to develop drugs in specific areas, such as dermatology or autoimmune diseases.

The model, based on the view that drug development is best done in small, entrepreneurial settings, enables Roivant’s collection of subsidiaries to benefit from economies of scale in negotiations with contract-research organizations and eventually, as Roivant’s portfolio of marketed drugs grows, with insurance companies, said Roivant CEO Matthew Gline.

Teneobio’s strategy may not become the norm, but given the company’s success, more biotechs will likely attempt it, Roland Buelow said.

Write to Brian Gormley at brian.gormley@wsj.com